NEED AN INSTRUMENT FOR SCHOOL?

At the very fore of American pianists, critics and audiences have unanimously hailed the distinctive and compelling performances of pianist Steven Spooner, describing him as “a pianist in the tradition that many believe died with the likes of Horowitz, Arrau, Bolet, Cziffra, and Wild.” Please join us for this special invitation-only musical event!

Seating is limited. Kindly RSVP by Friday, October 20th. Please call 913-663-4756, send an email to kckb@schmittmusic.com, or use the online form to RSVP today. 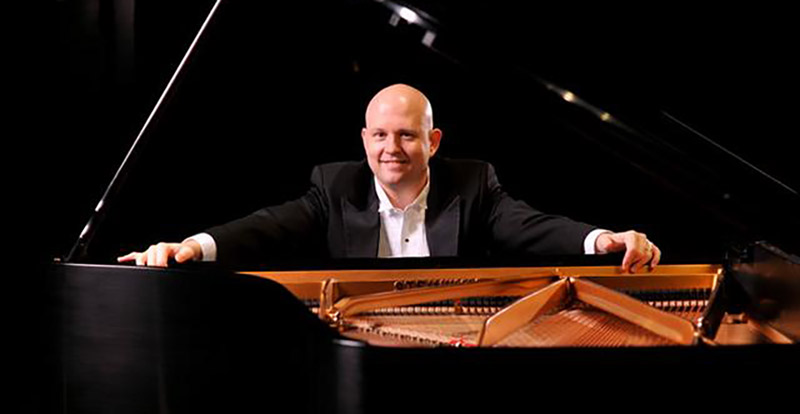 “The sound of the Steinway is for me the finest and most ideal piano sound, period. From the growling bass to the ethereal halo of the treble, no piano can stand comparison. Performing on a Steinway offers immediate inspiration and intimacy with the music and can only aid me in my elusive search for a more profound artistic utterance.” – Steven Spooner

Critics and audiences have unanimously hailed the distinctive and compelling performances of pianist Steven Spooner describing him as “a pianist in the tradition that many believe died with the likes of Horowitz, Arrau, Bolet, Cziffra, and Wild. His talent, to my ears, is easily the equal of most major pianists of today” (FANFARE MAGAZINE). Passionately devoted to the solo recital, Steven has been engaged and often re-engaged at prestigious venues such as the Salle Cortot in Paris, Holland’s Vredenburg Centre, Budapest’s Great Hall of the Liszt Academy, New York’s Carnegie Hall, Rome’s Santa Cecilia, and Singapore’s Esplanade. During the past season he has daringly reinvented the solo recital format by allowing audiences to vote for one of several programs he has prepared. 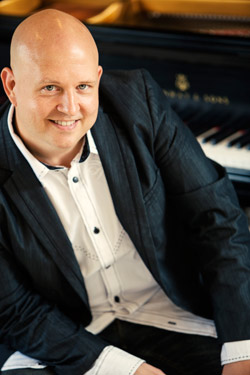 Steven wields an unusually large repertoire and has mounted an enormous recital series akin to Anton Rubinstein’s solo recitals of 1885. These 18 live recitals were recently documented in a 5-cd box-set entitled The Historical Piano Recital Series. His enthusiasm for new music has produced an ongoing collaboration with renowned composer Mohammed Fairouz (commissioned by the ROKI Foundation) to premiere and record several of his works during the next few seasons. Steven is currently documenting his family’s musical life along with a traversal of the 32 Beethoven Sonatas for their new XOTV show ‘A Life With Music’.

Steven has been unusually successful in the limited number of international piano competitions in which he participated—he is prizewinner at each of the seven international piano competitions he has entered and top prizewinner at both the Hilton Head International Piano Competition and the Artlivre International Piano Competition. He captured First Prize and was recipient of the Niekamp Career Grant as most outstanding pianist in French music at the Paris Conservatory. His performances and recordings of works by Liszt have garnered particular attention worldwide.

Steven is an active collaborator and performs with a diverse and distinguished list of musicians including, the Borromeo Quartet, Violinist Renaud Capuçon, Silk Road Ensemble Bassist Daxun Zhang, and recent orchestral engagements of the Schnittke Concerto with the Chamber Orchestra Kremlin during their tour of North America. Steven has released 15 recordings on the Naxos,TMG, EMR Classics, Everythingmusic, and IU recording labels. He studied at Paris Conservatory, Moscow and Tbilisi Conservatories in the former Soviet Union, and Indiana University, Bloomington. In 2008 he was the final recipient of the Ivory Classics Foundation prize that enabled him to study with the legendary virtuoso Earl Wild.

He serves as guest artist at several international music festivals each year and is increasingly in demand for his humorous, engaging, and energetic masterclasses at major music institutions all over the world such as the Paris Conservatory, Milan Conservatory, Liszt Academy of Music, and the Shanghai and Beijing Conservatories. Steven currently serves on the piano faculty at the University of Kansas – A dedicated and caring teacher, Steven’s students have been named winners of several prizes at important international and national piano competitions. Steven Spooner is a Steinway Artist. Learn more on his website: stevenspooner.com.