NEED AN INSTRUMENT FOR SCHOOL?

Keyboardist, composer, and arranger Richard Dworsky is music director for “A Prairie Home Companion.” He leads the band, composes themes, improvises script underscores, and collaborates with such diverse guests as Yo-Yo Ma, James Taylor, Brad Paisley, Kristin Chenoweth, and Sheryl Crow. He has provided music for documentaries on HBO and PBS, and has released many recordings of original material, including his latest, “All In Due Time.” Please join us for this special musical event!

Seating is limited. Kindly RSVP by Wednesday, Oct. 25. Please call 612-238-9941, send an email to rsvp@schmittmusic.com, or use the online form to RSVP today. 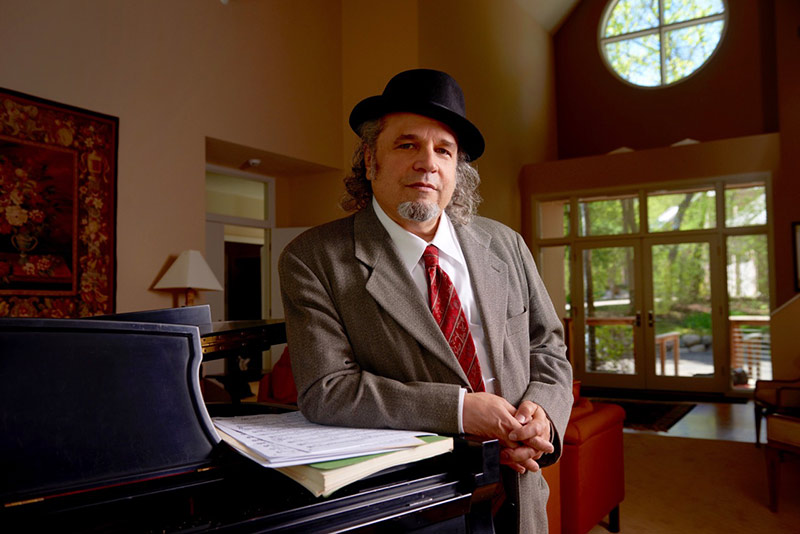 “Steinway pianos provide me a consistency in quality, fuel my inspiration, free me up, and put me in my comfort zone.” – Richard Dworsky

Watch Steinway Artist Richard Dworksy and The November Boys play Back on Track during the broadcast of “A Prairie Home Companion” on November 7, 2015:

Richard Dworsky is a versatile keyboardist/composer/recording artist/producer/music director, and is known for his amazing ability to improvise compositions on the spot in virtually any style.

For 23 years (1993-2016), he served as pianist and music director for Garrison Keillor’s hugely successful A Prairie Home Companion, a live public radio variety show with, at its peak, over 4 million listeners. He provided original theatrical underscoring, led the house band, and performed as a featured soloist. He also accompanied Keillor and many of his guests including James Taylor, Bonnie Raitt, Sheryl Crow, Chet Atkins, Emmylou Harris, Carole King, Elvis Costello, Taj Mahal, The Everly Brothers, Yo-Yo Ma, Brad Paisley, Renée Fleming, Kristin Chenoweth, Shawn Colvin, and Mark Knopfler. He has appeared on many of Keillor’s CDs (including five nominated for Grammys) and videos, and in TV specials on The Disney Channel, PBS, and the BBC. Dworsky made his on-screen film debut as pianist/bandleader in the 2006 Robert Altman film, A Prairie Home Companion, with an all-star ensemble cast including Meryl Streep, Lily Tomlin, Woody Harrelson, John C. Reilly, Lindsay Lohan, Kevin Kline, and Keillor. Richard also served as the film’s music director, arranger, and composer. He frequently appears with Keillor in concerts as a duo, with orchestras, and with touring bands. 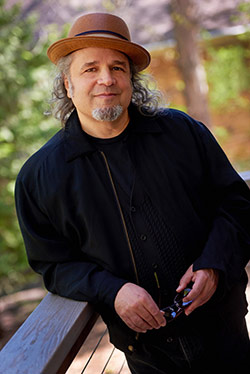 Since Keillor’s departure, Richard has continued on in his duties with Prairie Home’s successor host, the genius mandolin virtuoso, Chris Thile. On the new show, which began in 2016, he has collaborated with Thile and guests including Paul Simon, Ben Folds, Trey Anastasio, Marcus Mumford, Steve Martin and the Steep Canyon Rangers, Andrew Bird, Gaby Moreno, Anais Mitchell, Sarah Jarosz, and Aoife O’Donovan.

Dworsky’s original compositions for piano (and piano with ensemble or vocal) can be heard on his CDs All In Due Time, So Near and Dear to Me, and The Path to You. His solo piano piece A Morning With the Roses became a worldwide New Age classic, appearing on such Billboard charting records as Windham Hill Records – Piano Sampler, Windows-Windham Hill 25 Years of Piano, and Windham Hill Chill.

Broadway/TV/Film star, Kristin Chenoweth recorded Richard’s song Goin’ to the Dance With You on her CD Let Yourself Go (Sony Classical); and performed it on PBS’s Evening at Pops and Kristin Chenoweth: Coming Home (Concord DVD) .

Richard (aka Rich or Richie) grew up in St. Paul, Minnesota and began classical piano lessons at the age of six. By age 11, he was studying piano at the University of Minnesota. In his teens, he began playing for theatrical productions and joined his first rock band. When just out of high school, Rich joined forces with jazz/pop vocalist extraordinaire, Al Jarreau, for two years in Los Angeles, performing as a duo, and with a band, and writing and recording songs together. He toured with Warner Bros. country-rock group Mason Profitt and returned to Minneapolis to major in music at the University of Minnesota.

At Minneapolis’s world renowned Children’s Theatre Company, he composed the scores for musical theater productions including The Marvelous Land of Oz (MCA Video; televised on HBO and Showtime).

Dworsky’s music has been used on documentaries on HBO and PBS, and he provided the score for the animation A Joan Walsh Anglund Christmas narrated by actress Jean Stapleton. He has written arrangements performed by Garrison Keillor and orchestras including the New York Philharmonic, and the Los Angeles Philharmonic; wrote PHC’s Guy Noir theme and Ketchup theme (which he sings); and is heard daily on public radio playing the theme for The Writer’s Almanac.

Richard’s richly diverse musical experience has resulted in his unique eclectic compositional style, and has enabled him to easily go from conducting the St. Paul Chamber Orchestra on A Prairie Home Companion to playing the Blues with Rock and Roll Hall of Fame inductee Elvin Bishop, or playing his Bluegrass-Honkytonk piano style with super pickers Jerry Douglas, Stuart Duncan, and Sam Bush, and then turn around and improvise original evocative music under author Frank McCourt reading from his Pulitzer Prize winning Angela’s Ashes, or author/anchorman Tom Brokaw reading from his Christmas memoirs.

Dworsky is a Steinway Artist, and also plays Hammond B3 organ, various synthesizers, Hohner Melodica, and accordion. Learn more on his website: www.richarddworsky.com.