An Evening of Innovation with Tesla and Steinway 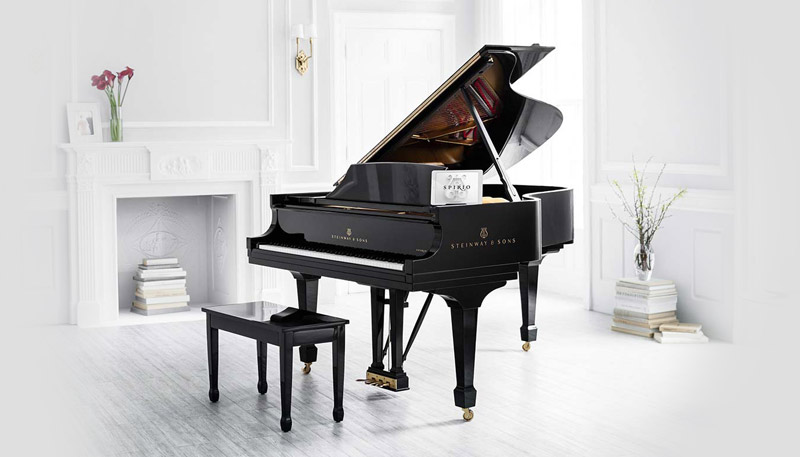 Steinway & Sons is proud to introduce the new Steinway Spirio, the world’s finest high resolution player piano. You will enjoy a live performance by Steinway Artist Michael Cabe and see how this true masterpiece of artistry and engineering reproduces a performance which is utterly indistinguishable from a live concert.

Representatives from Steinway & Sons and Schmitt Music will be on-hand to provide demonstrations and insight into the Steinway family legacy.

You will also have the opportunity to experience Tesla’s Model X, the fastest accelerating SUV ever made. Tesla product specialists will be available to answer questions about Model X Electric All-Wheel Drive and Autopilot features.

Please RSVP NOW to ensure your entry. We look forward to seeing you on Wednesday, November 2nd at Tesla Country Club Plaza.

A unique background to a unique voice. Farm raised, conservatory trained, and MBA polished. A citizen of the 21st century, with passion for timeless music.

Michael Cabe is a pianist, educator, composer, business professional, tech start-up participant, and marathon runner – a true Renaissance man. Raised on a farm in the greater Seattle area, Cabe moved to New York in 2003 and has performed at some of New York City’s finest performance spaces (including The Jazz Standard, Birdland, the 55 Bar, The Jazz Gallery) and beyond (including Scullers, The Kennedy Center, and the Newport Jazz Festival). He performs as a solo artist, in trio, and as a member of several groups including Duchess, the Amy Cervini Quartet, and the Kelley Suttenfield Group.

“…inspired and willing to investigate all aspects of the piano jazz spectrum.” – Graham Flanagan, All About Jazz

He appeared and performed in a national TV commercial, underscored for film, and has several large-scale orchestral arrangements to his credit. In addition to performance, Cabe is the creator and leader of several popular jazz education programs through the Manhattan School of Music Distance Learning Department, utilizing cutting-edge video conference technology to deliver performances and lectures to national and international audiences of all ages. Features have appeared on the BBC and Fox News. Learn more on his website: michaelcabemusic.com.

Since 1961, Steinway has chosen Schmitt Music to be its authorized dealer – we’re the exclusive home for Steinway & Sons, and Steinway-designed Boston and Essex pianos. Contact a Schmitt Music Piano Specialist today and let us help you find the perfect piano.